TL;DR: Embedded objects are really easy to do wrong when parsing Apple Notes, each type is like a snowflake, unique and special in how it is represented in the database. This post covers how to find embedded objects and how to piece five of them back together, along with their thumbnails.

Embedding inlined pictures, improved rich text, and iCloud support for Apple Notes was introduced with iOS 9, necessitating serious changes in how Notes were stored. Gone were the days of plaintext in notes.sqlite, here are the days of large relations contained in NoteStore.sqlite. The ability to embed objects, such as pictures from your camera roll, doodles on the screen, or to do lists (actually not an embedded object, technically it is just formatting) required Apple to change from storing the text as is to finding another format. This post isn’t specifically looking at the database structure or the individual Note objects, how the embedded objects in the Note are represented.

As another caveat, you won’t find any one-query-to-rule-them-all in here for doing this. Each step is granular to put the emphasis on learning and understanding what is happening. Once understood, the knowledge can be applied to your specific situation easily, as opposed to learning you need to take all the output and hunt for your answer.

Where and How to Find Embedded Objects

From Note to Object

For the sake of this post, assume I have already explained the format of the Notes databas and that you know that within NoteStore.sqlite the ZICNOTEDATA.ZDATA field contains a GZip’d protobuf that conforms to the protobuf format Apple is using for Notes. You also know that the protobuf has two important sections, the note text and a lot of “Attribute Runs” that explain things about that text, each of which has a length to know how much of the text it applies to.

As you parse the text in a given Note’s protobuf (i.e. you have gunzipped the blob in ZICNOTEDATA.ZDATA, parsed the protobuf, and are looking at the note text field), you will come across the Unicode object replacement character ‘ ’ (0xfffc, integer 65532). These single-width characters represent where Apple Notes is going to replace the object, which is somewhat obvious based on the name and the intended purpose of the character. Each of these characters will have a corresponding entry in the Note protobuf’s Attribute Run attachments, giving an object type, and UUID for what goes in its place. For an example, take this excerpt of a Note’s protobuf which consists entirely of a Drawing, no text (output from protobuf-inspector):

It is hard to see, but the Note text field is the single character  . There is only one attribute run, which has a length of 1 (since there’s obviously only one length to the character) and it gives the UUID 2344980E-9D5D-493E-96C1-461AADB87F67 and Type UTI “com.apple.drawing.2”. I say Type UTI because these types will be found both in the Note protobuf and in the ZICCLOUDSYNCINGOBJECT’s ZTYPEUTI column.

Notes with a lot of text and more objects will have a lot more text and objects, but identifying each object’s UUID and type is as simple as walking through the Note text, attribute run by attribute run (each will have a length, you start at 0 and go til the end), and every time you have the   character, you should have attachment information for it.

This example, again with a lot of bits snipped out, shows how a lot of embedded objects can be paired with the corresponding replacement character by following the lengths in each attribute run. The first object, a public.jpeg image with UUID 9FBFAEBC-DF04-4A6F-AE17-3DF6773FD72A, is in the third attribute run. Attribute Runs 1 and 2 have lengths 24 and 1, respectively, for a total offset of 25 and at postion 25 is the first replacement character.

From Object to Note

To go the opposite direction is a lot easier. You can find a given object’s corresponding Note by looking in the ZICCLOUDSYNCINGOBJECT.ZNOTE field. To use the first example from above, this query…

… identifies that Note 34 had that image in it.

How to Parse Embedded Objects

The bad news about embeded objects is each type is handled differently. The good news is that for images and some other objects, Apple keeps multiple copies of thumbnails and the image, including for doodles the user draws. This increases the opportunity for recovering information if you know how to look. Below is a breakdown of all but two of the major types I’ve encountered on Apple Notes running on iOS 13, how they are represented, and how to put it all back together. The two that will wait for their own post due to complexity are com.apple.notes.gallery and com.apple.notes.table. These are specific to Notes and get more involved as a result. If you don’t want to do this by hand, feel free to check out the Apple Cloud Notes Parser, which handles all of the below.

The Type UTIs of public.jpeg and public.png represent normal images taken by the camera, not something specific to Apple Notes. For example, you can generate these types by taking pictures directly from within the Notes application, or by selecting images you have previously taken. For the sake of this section, assume that public.[jpeg|png] behave the same, just the underlying image format is different.

That’s a mouthful, so let’s take this Note as an example:

The plaintext would have us believe that there is a pencil picture taken directly from the camera roll. This query which pulls the Attachment Identifier from the corresponding Attribute Run in the protobuf…

… shows that the image is identified in entry 74.

… tell us everything we need to know to build the filepath.

In our example, that becomes Accounts/LocalAccount/Media/23D4CEAD-89CB-496D-A97B-DA4940B540C1/IMG_0002.jpeg which is present in the iTunes backup and potentially relevant to our interests, showing the author was lying about the contents of the picture. Or to misquote a famous movie, “That’s not a pencil! This is a pencil!” 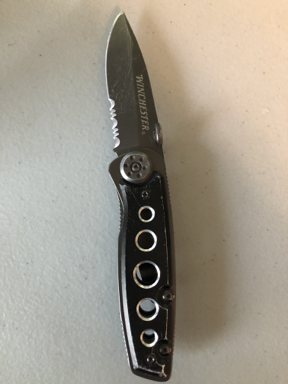 The Type UTI of com.apple.drawing.2 (and ostensibly com.apple.drawing which I’ve also seen reference to) represents the user’s ability to doodle on the screen and have Notes store the resulting image. Apple will try to parse this as handwriting (see OCR section below), but will put its guess as to what the words say into the ZICCLOUDSYNCINGOBJECT.ZADDITIONALINDEXABLETEXT field.

To put a com.apple.drawing.2 back together you can do two things. The easiest answer is to use the images that Apple generates and use the ZICCLOUDSYNCINGOBJECT.ZIDENTIFIER that is listed in the Attachment Identifier and the Note Account’s ZICCLOUDSYNCINGOBJECT.ZIDENTIFIER to build a filepath to the fallback image. Thumbnails will also be generated using the Attachment Identifier. For example, if this is the note:

… give us what we need to build the file path.

You build the filepath using this relative path from the Apple Notes directory: Accounts/[Account's ZIDENTIFIER]/FallbackImages/[Attachment's ZIDENTIFIER].jpg. As a fun fact, the extension says JPEG, but this file is actually a PNG format. Never, ever, trust a file extension. 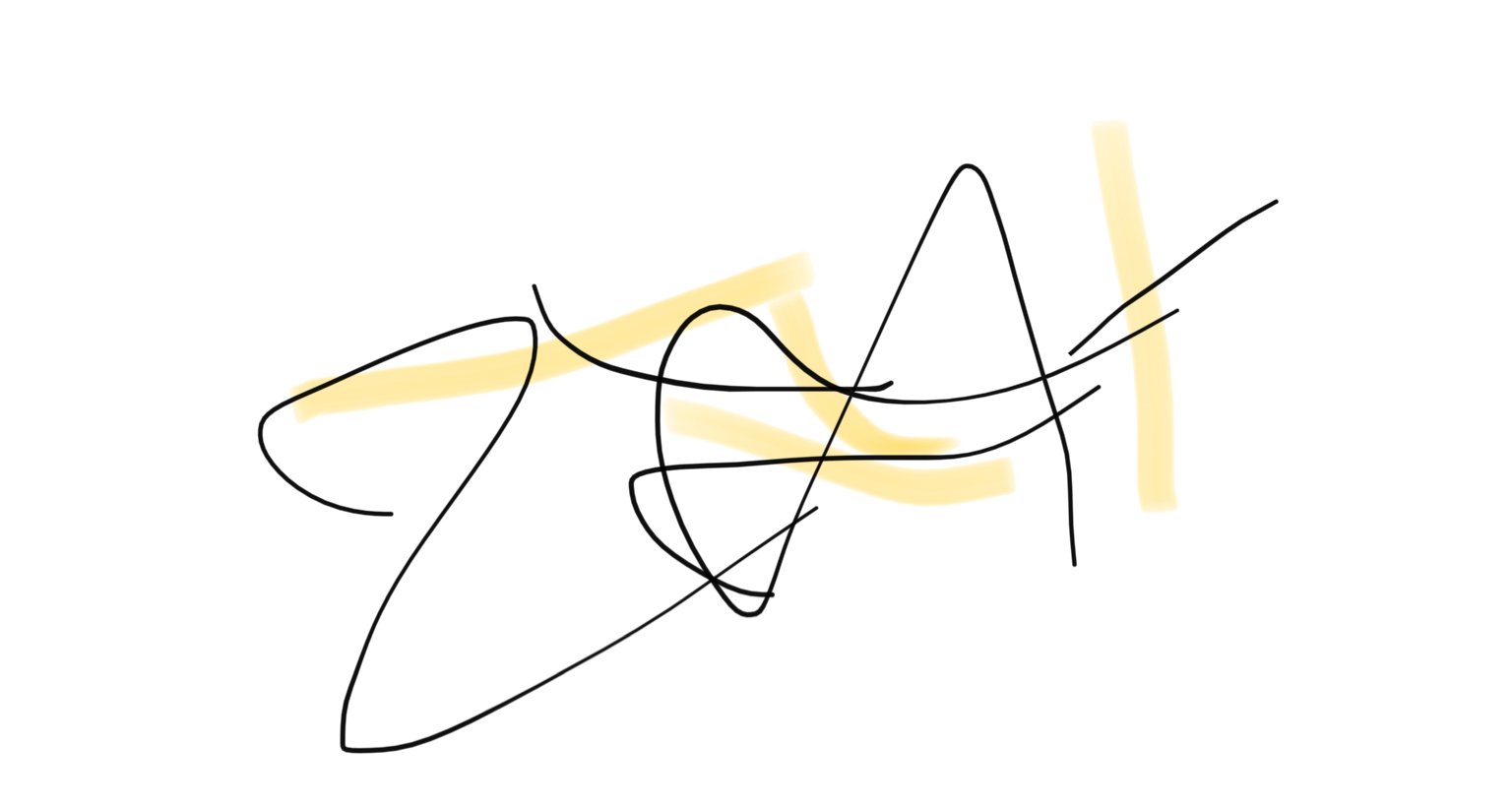 The harder answer is to pull the ZICCLOUDSYNCINGOBJECT.ZMERGEABLEDATA1 field from the row identified by the Attachment’s ZICCLOUDSYNCINGOBJECT.ZIDENTIFIER, parse the embedded protobuf, and then follow the directions therein to rebuild the lines. I do not recommend this course of action unless you only have the Notes database and cannot get access to the logical or physical backups, thumbnails, etc.

That query would be…

… and dealing with the results is left as an exercise for the reader.

The Type UTI of public.url represents shared URL objects, although these do not come from directly pasting a URL into the Note (which results in only text). These are generated by applications such as Maps, Safari, or Firefox that have a “share to” option using Notes. In the case of a web browser, this is obvious, but Maps and some other applications are more interesting in that they generating URLs to represent what you look at in the application.

Then you could use this query…

… to get these results:

The Type UTI of public.vcard represents the storage of a contact, likely shared from the Contacts application or a contact directly. These are kept in VCF format in a plaintext file.

… shows that the vcard is identified in entry 173.

… tell us everything we need to know to build the filepath.

Other Notes (haha) about Embedded Objects

It is worth mentioning the value in how thumbnails are identified and named as Apple encodes some valuable information in them and makes a lot of them. Regardless of the type of object that is thumbnailed, the ZICCLOUDSYNCINGOBJECT.ZIDENTIFIER field follows a format of [ZIDENTIFIER]-[ZSCALE]-[ZWIDTH]-[ZHEIGHT]-[ZAPPEARANCETYPE]. All of those parts are named after columns in the ZICCLOUDSYNCINGOBJECT's (iOS 13) database because the values are also held in there. ZIDENTIFIER is the UUID for the base image or object, ZSCALE is the scale to display the image at, ZWIDTH is the image’s width, ZHEIGHT is the image’s height, ZAPPEARANCETYPE is whether it is light mode (0) or dark mode (1).

Let’s walk through all of this with a Maps example which generated no less than 6 thumbnail images.

… results in these values.

To see how and why those images differ, this is how each thumbnail name breaks out:

… and these would be the images themselves, extracted from the logical backup (no matter how I tried, I couldn’t figure out a “nice” way to display this):

So what does this tell you? As you go through your forensic materials, expect to find a lot of copies of the same image in different places. Also, expect that you can recreate some of the database values from the thumbnail name itself, which may help when reconstructing deleted rows, or database fragments to try to work back to which note something may have been removed from.

Much like Google, Apple has a better product (you) if they can tell everything you do. When you take a picture, that image isn’t searchable (what you’ll care about) or taggable (what they’ll care about) on its own. So naturally, Apple runs OCR against it to give you the ability to search for the image and tags it. It is worth noting that this appears to have shown up in iOS 13 for Notes.

For an example, let’s revisit the public.jpeg image used above. This query…

… shows that Apple does not know how to classify an obvious picture of a knife, but can recognize the make of my EDC. It also set the summary and title based on the text it ripped from the picture. My favorite part is that it took the cutouts in the handle to be zeros.

Trying this on other objects proved more helpful and made it clear that Apple appends all possible matches to the ZICCLOUDSYNCINGOBJECT.ZIMAGECLASSIFICATIONSUMMARY field. For example, a sticky note I took a picture of hit on Document, Written Document, Handwriting, Paper Documents, etc. All of those are in the field, separated by spaces.

This can be helpful if a device has a lot of pictures on it. While other tools likely will also do some form of image classification, it may be worth checking out Apple’s built-in classifications to see if there are any obvious wins.

Apple has consistently improved Notes by adding new ways to collaborate and take Notes over the years. The ways users can embed objects are fairly important to understanding the plaintext taken from the note (was the todo list of ‘steal stuff’ checked, or unchecked? Was the meeting time written underlined, or strikethrough?) and this post hopes to help explain those embedded objects.

A future post will cover the Apple Notes specific object types com.apple.notes.gallery and com.apple.notes.table, but for now hopefully this is a help. If you don’t want to do this by hand, seriously consider my Apple Cloud Notes Parser over on Github, but even if you use that, you’ll want to know the underlying theory behind what it is doing.